In 1754 Franz I Stephan instigated the building of the Orangery by Nicola Pacassi, probably according to designs by Nicolas Jadot. One hundred and eighty-nine metres long and ten metres wide, the Orangery Schonbrunn is one of the two largest Baroque orangeries in the world, the other being the orangery at Versailles. The south facade is articulated by an alternating series of large and small apertures with rusticated pilasters decorated with masks. The interior has a regular sequence of shallow vaults and is heated by a hypocaust system. The Orangery served not only as the winter quarters for citrus trees and other potted plants but was also a winter garden used for imperial court festivities. Joseph II was especially fond of holding celebrations in the Orangery with festively-decorated banqueting tables, ranks of flowering plants and illuminations mounted in the tops of the citrus trees. During a winter festivity in 1786 Mozart conducted his Singspiel “The Impresario” here.

As far back as the time of Empress Wilhelmine Amalie an orangery garden was laid out at Schonbrunn which included a hothouse for overwintering bitter orange trees. The rear part of the Orangery is still used in its original function, while the recently renovated front section is used for the Schonbrunn Palace Concerts.

This package offers a unique combination of two delightful destinations: gourmet cuisine and world-famous music. Enjoy a first-class dinner at Café-Restaurant Residenz, followed by a concert at Schoenbrunn Palace Orangery including the most beautiful works written by Mozart and Strauss, accompanied by vocalists and ballet dancers. A delightful evening for your palate, eyes and ears alike!

This package offers royal delight times three! We have assembled the best Schoenbrunn has to offer: a tour of Schoenbrunn Palace, an exclusive dinner at Café-Restaurant Residenz as well as the grand finale – a concert of classical music with works by Mozart and Strauss at the Orangery.

Other Tours near Schonbrunn

Empress for a day: experience imperial Vienna through the eyes of the legendary Empress Elizabeth. The royal ambience of imperial Vienna will follow you everywhere you go. You will visit magnificent buildings and museums, indulge in culinary delights and will then honor the evening concert at the Schoenbrunn Palace Orangery with your presence. Royal delight is guaranteed.

Imperial Apartments, Sisi Museum & Imperial Silver Collection
The Vienna Imperial Palace (Hofburg) used to be the residence of the Habsburg dynasty for over 600 years. Visit the ceremonial rooms and residential apartments used by Emperor Francis Joseph and his beloved wife Sisi to gain insight into what life was like at the Vienna Court. Follow the traces of mysterious Empress at the Sisi Museum. Numerous exhibits on display will guide you through the many aspects of Sisi’s fascinating personality. Explore her rebellious side, her beauty-conscious side and her poetic side. The package also includes admission to the Imperial Silver Collection, where you will marvel at an impressive collection of valuable dinner services from the imperial household. Find you own and very personal approach to this extravagant Empress.

The Imperial Furniture Collection in Vienna is the world’s largest furniture collection. It provides detailed insight into the Habsburg dynasty’s royal lifestyle. The collection includes 160,000 objects, ranging from a baby’s cradle to an Emperor’s throne.

The permanent exhibition is dedicated to the “Sissi movies” and the furniture used in these movies, which was mostly borrowed from the Imperial Furniture Collection. 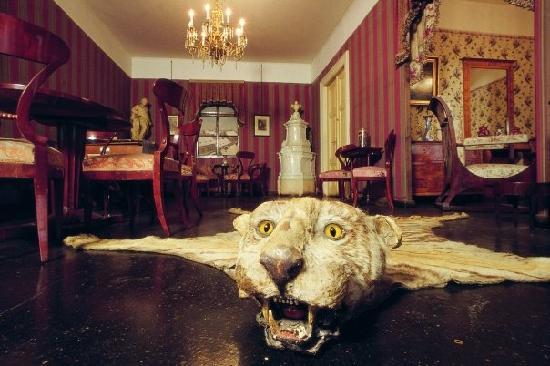