The State Opera is located in a beautiful building, the former New German Theatre, built in 1888. The opera has a rich artistic tradition and has seen performances by many leading conductors, directors and singers. The basis of the repertoire is made up of successful versions of the most popular operas by W. A. Mozart, G. Verdi, G. Puccini and G. Bizet. The State Opera will celebrate the end of the year with a New Year’s Eve performance of Strauss’ Die Fledermaus together with a gala evening. 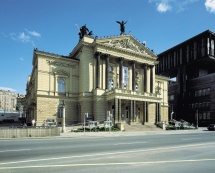 The National Theatre is one of the most important Czech cultural institutions and has a rich artistic tradition, which helped to maintain and develop the Czech language and Czech musical and dramatic arts. The construction of the National Theatre building was financed by contributions from the public and the ceremonial laying of the foundation stone in 1868 became a national event. The theatre’s repertoire is based on a rich classical tradition, but also focuses on contemporary domestic authors and draws on modern global trends. The current National Theatre is made up of three artistic companies – opera, drama and ballet. 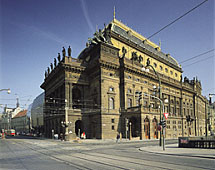 In addition to the historical National Theatre building, all the three artistic units also perform in the Theatre of the Estates, which is part of the National Theatre. It is regarded as one of the most beautiful historic theatre buildings in Europe and dates from 1783. The name of W. A. Mozart is forever linked with the building and it was here that he personally conducted the premiere of DON GIOVANNI in 1787. Mozart opera’s – DON GIOVANNI, The Magic Flute, Cosi fan tutte and LE NOZZE DI FIGARO – are still in the repertoire. 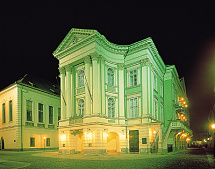